"Only think, Melchi Gabor told me once that he didn't believe anything--not in God, not in a hereafter--in anything more in this world." Wendla
(Wedekind The Awakening of Spring) 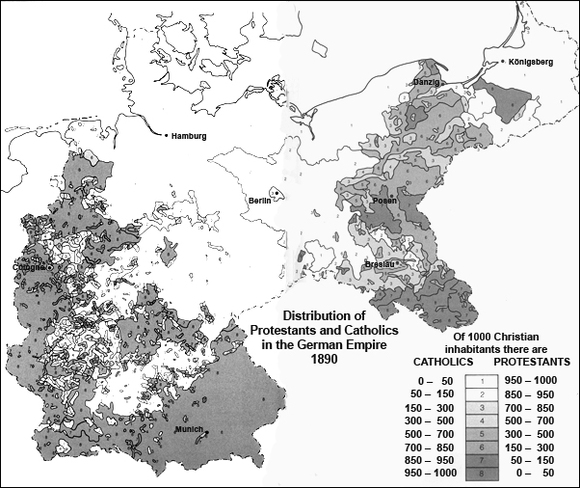 Today we’re steeped in intense culture wars that pit the conservative, predominantly Christian right in battles to the death with the liberal, left. In an age where many claim society has lost their faith in God, groups of outspoken Christians seek to save what they deem family values. They draw their battle lines at Chick-fil-As and Planned Parenthoods. They scream and gnash their teeth at every depiction of teen sexuality that shows up on television. These are not all Christians, but they are the modern version of the religion Spring Awakening calls out.

Wendla sounds incredulous at the thought of Melchoir not believing in God because at the time of Spring Awakening it was hard to reconcile the idea of atheism when religion permeated so much of society. The church set the standards by which so much of these children’s lives were ruled at home and at school. Home of Martin Luther’s Reformation, Germany had a great divide between its Catholic and Protestant citizens. Most towns were strictly one denomination or the other, and tensions could become high when forced to cohabit, or even interact, with other denominations. However, Germany was predominantly Protestant, and the town of Spring Awakening would have been Protestant. German conservatives critiqued the materialism and emphasis on self of the modern Germany. In many ways the church stands as a representation of the past and an opposition for the adolescents in the play. The 19th century also saw the rise in popularity of evangelical movements and missionary works. This required a more active role in religion. Wendla mentions her mother’s work with the local missionary society. Missionary work, especially to third world countries continue to be a focus of many American churches today. The Christingle chorale would also have been a part of these movements, the first chorale beginning in 1878.

Additionally, religion was not confined to the church in 19th century Germany. It played a large role in the classroom. Students in Prussian Gymnasiums received two hours of religious instruction a week in 1901. Religious teachings are reported as being more prevalent in elementary schools, although after approximately 1890 it began to become possible for students to opt out of such education. Today, religion does not play as large a role in the classroom. In fact, it is supposed to be left out of public education. However, remnants still find a way in. For example, it is predominantly the religious that promote abstinence only sex education in the classroom, despite indications that it is not effective.

In the world of Spring Awakening, religion exists as a means for control. It is an institution like the school and family that hold these children in check. However, while religion was used as a form of control in 19th century Germany, it seems to be reaching out more to young people today. The church today recognizes that it cannot get contemporary adolescents to obey the rules of the church by force, so they attempt to appeal to teens, making it their choice to follow the church’s code of conduct. Yet, as explored previously, even if an adolescent does not subscribe to the Christian brand of morality they are still subject to cultural judgment based heavily on Christianity. The church in Germany at the time was controlled by the state. John E. Groh, a scholar on 19th century German Protestantism postulates that the Protestant church served to model the ability to live “freely within authority.” This adds yet another layer of authority and control, and it is exactly what the teens in Spring Awakening are fighting against. In some instances clergymen also performed services for the government. This furthered the church’s role as another looming institution for Melchoir, Moritz, Wendla, and the others. Additionally, religion provides the morality to which the middle classes so desperately cling. Some sources from the time claim that since the Enlightenment there was a decline in church attendance and faith in many German towns. Yet, many scientists considered themselves religious. Indeed, far from becoming a thing of the past, in 1851 one-sixth of all books published in Germany were related to theology. Groh observes that German Protestantism as the end of the century was filled with such paradoxes. Religion seemed to simultaneously flourish and decline. There were those who remained pious, and those who clung to the ideas and the morality without much thought, going through the motions.

In many ways religion feels to be in the same societal place today as in 19th century Germany. Many would claim a decline in religion, that faith is not as imperative to people’s lives today as in the past. Despite this religion still features prominently in the national discourse. Faith plays a large role in the deciding of what is morally acceptable. Religion provides a heavy arsenal in the gay marriage debate. It is also religion that supplies the main arguments against women’s reproductive rights.  While atheism is not nearly as shocking today as Wendla considered it, the church remains an institution representative of the middle class morality. This leads to some of the same oppression as experienced by the children in Spring Awakening. Most of the contemporary iterations of the problems of the characters in Spring Awakening mirror contemporary society so closely because the policies of the church have changed very little on the issues, especially adolescent sexuality, in the last 120 years.

Bigler, Robert M. "The Rise of Political Protestantism in Nineteenth Century Germany: The   Awakening Of Political Consciousness and the Beginning of Political Activity in the Protestant Clergy Of Pre-March
Prussia." Church History 34.4 (1965): 423-44. JSTOR. Web. 12 June 2012.